Namal by Nimra Ahmad Complete PDF Plot is a complex story and summarizing it can do injustice to it. Namal’s plot has it all and much more substance wonderfully weaved and exceptionally narrated into a single story.

Namal is an extreme story involving brutal murders and deceitful deception. Faris Ghazi (an intelligence officer) is convicted for the murder of his step-brother and wife and an attempt to murder of his relative Zumar Yousuf.

His nephew Saadi Yousuf is persuaded of his innocence and in the end gets him out of the jail. On the other hand, Saadi’s aunt Zumar who also happens to be a district attorney lost her kidneys in the attack and is convinced that Faris is responsible, mostly because of a fake call in Faris’s voice to Zumar threat of the attack.

The actual culprit is Hashim Kardaar (Faris’s first cousin) who, apart from being an accomplished lawyer, owns an inherited oil cartel. Hashim murdered Faris’s brother Waris in order to conceal his corruption cases and in order to cover his tracks created the setting in which Zumar was shot and Faris’s wife was murdered.

Saadi’s younger sister Haneen is super genius. A basic theme of this novel is the conspiracies rush and the misunderstandings they create. The wiliness lawyer Hashim and his devil of a mother Jawahirat influence reality in such a way that people like Zumar also consider this alternate reality and misconception.

All the Characters of the Namal by Nimra Ahmad Complete PDF are well The pure evil Haneen, the sweet and caring Saadi, the brute but honest Faris Ghazi and stubborn Zumar, the cunning Hashim or the envious Naushervan every character is carefully crafted and has its own depth in it.

Every major character of Namal is portrayed not in complete black or white, but in shades of grey and every character has been given equal exposure. Nemrah Ahmed has been emerged in a very popular writer in short time and wrote many spectacular and Best Selling Novels.

Show your love and care by sharing our post to social media. 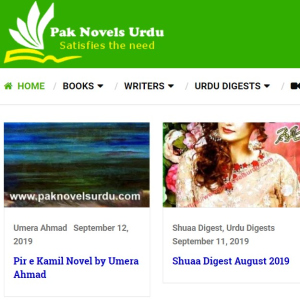